The Tradition of the North-American Natives 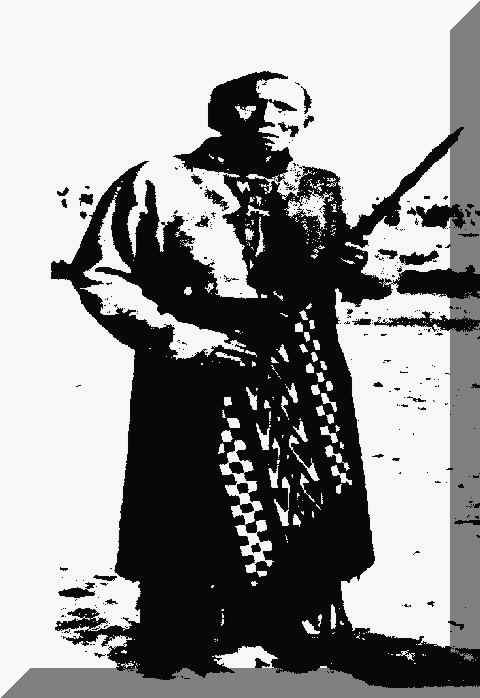 Four books of great importance give us means to know better the Tradition of the North-American Natives. They are:"Black Elk Speaks", by John G. Neihardt (first edition in 1932 ),"The Sacred Pipe", by J. E. Brown ( 1953 ) ,"Book of the Hopi", by Frank Waters ( 1963 ) and"Bury my Heart at Wounded Knee" by Dee Brown (1970). They give us an idea of the spiritual wing-span and depth of not only the Sioux, but of many other tribes, with which they keep correspondence and analogy. We can also find out about the point of view of the "defeated" and measure how miser are the "progressive" means that push the "civilized" to the "manifest fate" of occidental culture...

The Native-americans are the "wild ones" for which the european pioneers have so much despite , and with arrogance and ignorance, assert: "Good indian is dead indian". Nowadays, of course, joining the neo-stupid mentality of the politicaly correct, few of the "civilizers" will dare repeat they're gran-gran-fathers words... but, have they actually changed and truly understood? 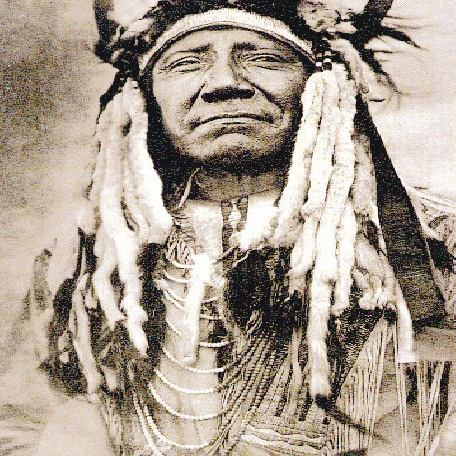 Two Moons, CheyenneFrom the name, gived by the spiritual authority of the tribe, since the cloth, everything has meaning and coherence among the "wild indians". Nothing is merely "ornamental" or "decorative", but symbolic representations to identify the caste and point out the dignity of each member of the tribe. It is curious to verify that the anthropologists, whose smashing majority doesn't at least dominate the most elementary symbols of their own tradition, thinks that are in position to judge and cirticize the natives traditions.

The word "wild" give us an immediat understanding of fundamental importance, because it is saturate with prejudice against nature, specially the untouch nature, as the civilized found in the American continent.

On the other hand, the expression "civilized" is the opposite of "wild" and supposes that the "developed men" belong to the cities and more particularly to the solidly builted city, in other words, petrified, that "defeated the forest".

It is ironic that the modern occidentals, that accuse the "savages" of being pantheists and idolaters, has their roots in the decay of the Roman Empire, this one surely pantheist, corrupt and corruptor, depraved and dissolute, as history so well registers, with all of it dirty details.

The arrive of Christ, signs a revolution – in the etymological sense of the word - that is - "return to the origin" and not rupture, as sociologists, socialists and other academics suppose. The word "religion", by the way, signifies "link again" and that is actually the case when we mention Christ's mission, because his coming was destined to the re-establishment of the connection between the sky and the earth, that is, among The Unique (God ) and men.

Precisely because of the level of degradation, pantheism and naturism that reigns at that time, a strong intervention was necessary, by Christ, in the relationships among men and men and nature. It was produced through the identification of man with Christ ( the God-man, Priest-King, Christ-King ) and of Christ with the Supreme Princeple ( God ), restoring the veritable hierarchic order. The Protestant schism (Lutero, 1517 approximately) begins the breaking of the precarious balance then existent, with the "free-exam"(each one says what he thinks about the Bible, annuling the Catholic ecclasiastical hierarchy); the highway for materialism was paved...but this is another story. It has been precisely the protestant barbarians the responsables for the genocide of the North American Natives, among others.

Evidently, the price paid (breaking with the Nature) for the re-establishment of the possibility of spiritual salvation for this part (and just a part, that came to constitute the modern Occident) of the humanity, was high, and not translated only in the irreparable material damages to the physical nature, whose unbalance today is evident, but also and mainly in the intellectual incomprehension of its symbolism, that disables the moderns for the apprehension and understanding of the logical continuity that penetrates all the existence, without any descontinuity. 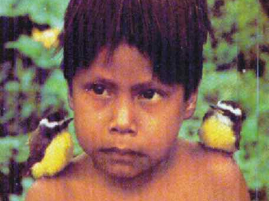 It is very illustrative the fact that the Native-American childrens are extremely calm and concentrated. They are capable, as we could testify in more than one occasion, to stay two or more hours in perfect peacefulness, while adults talk or carry out their tasks. Perhaps we can understand it if we notice that a Native American, as well as a medieval farmer, accompanies the several moments that constitute, for instance, the cycle of feeding. They help or they see the parents from the preparation of the soil, the sowing, sprouting and the development of the plants, until crop and final preparation of the food.

It's very different, for instance, of an unbearable super-active boy detonating a cornflakes pack...or a hamburger!

A normal child, in other words, one that lives according to the natural laws, is intimately linked to these laws. But isn't the civilization ruled by the defeating of nature? Your law is the victory over the "blind forces of nature", imposing the destruction and the abuse, this actually blind and inconsequent.

We have examples of this mental posture wherever we look. The modern architecture is overfilled with it. A certain museum, in a modernist style, was conceived to show an enormous free empty space, whose construction costs would be enough for at least five the area indeed useful. The result is a suspended box with permanent structural problems, of infiltrations and temperature control, very serious to a museum. When we begin from false bases, the disastrous results are unavoidable...

Going back to our theme, Black Elk delegated us, mainly through J. E. Brown, a magnificent report of the Sioux Tradition, whose transcendence puts back the pioneers in their places, that is, as true barbarian. For who has understanding, it won't be difficult to establish a judgement, that can be a little bitter, but worthwhile, between the "civilized" and the "savages"... 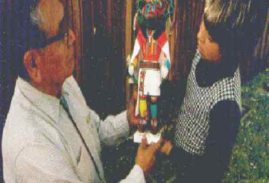 From the most tender childhhod the Native children lives wiht the sacred. Their "dolls" - the kachinas - actually constitute a symbolic summary of the cosmology Hopi. Each drawing, each color, the proportions, rhythms and volumes possess a qualitative meaning. Unlike the modern "entertaining" toys, the kachinas reiterate the truth.

As well as in the authentic oriental traditions, each object and daily task possesses a symbolic meaning that transcends them; Black Elk tells us the Sioux rites that constitute their Sacred Tradition that, in no way is politeist, as usely anthropologists and academics thinks.

Through his words, it is possible to understand what it is, actually, what the modern occidentals call "the rain dance". Or what represents the "pipe of peace", a true cosmogonic synthesis translated in a ritual object...but these are subjects that can be enlightened by the reading of this four precious works. 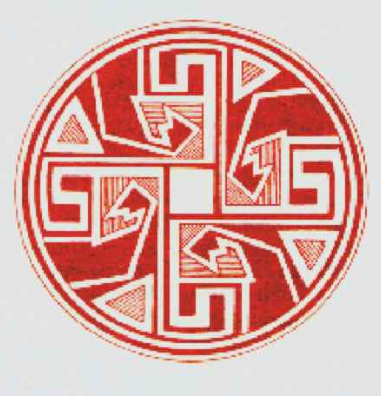 The Heart of the WorldThe symbolic representation of the center of the world is fundamental in all the traditional forms, from the Hinduism to the Taoism. It couldn't be different among the American Natives. Starting from the center we noticed the irradiation of four stems, that suggest a rotation movement, similar to the swastika. The center represents the Beginning, the One. The four stems, the seasons, the humours, the Ages, the elements, the Nature. The circle represents the cycles and the firmament,that sustains everything, as the word indicates. The four are unfolded (1+2+3+4) in ten (1+9, the 1 being the Origin and the 9, the circle). 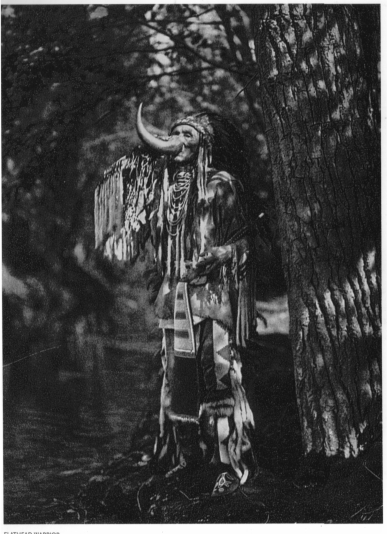